> Blog > What can you Learn from a Neuro-Pharmacological Disease Model?
CNS
Back
Davide Rubbini - 20 April 2021

What can you Learn from a Neuro-Pharmacological Disease Model?

Research based on our favorite animal model began in the 1960s, but the zebrafish shot to prominence in the last decade of the 20th century. Thanks to its external development and optical transparency that allows easy and direct morphological observation of embryos, zebrafish has been primarily used for developmental studies.

Significant improvements in our ability to study vertebrate developmental biology have been made thanks to zebrafish. However, the major contributions to biomedical research arrived when zebrafish emerged as a powerful and valuable tool for the understanding and modeling of human diseases and for performing safety and efficacy drug screenings. Previously in our news, we show the outstanding performance of zebrafish in predicting compound toxicity and how to play with its genome to investigate the genetic causes of human diseases. In this post, we are going deep into the strong advantages of the phenotypic screening approach in pharmacological-based disease models.

Phenotype-based screening is one of the most effective approaches to drug discovery. In the last 10 years, surpassed target-based approaches in the identification of first-in-class drugs. Although the majority of those studies were performed on cell-based platforms, it is essential to emphasize that only a subset of disease-associated phenotypes can be modeled in cultured cells. On the other hand, zebrafish exhibit a much broader range of disease-associated phenotypes which includes metabolism, and physiological and behavioral disorders. Moreover, heterogeneity in disease mechanisms between genetically distinct patients, which is almost impossible to mimic in cell cultures, contributes to high attrition rates in the late stages of drug development. On the contrary, zebrafish is a genetically diverse organisms and cannot be bred to isogenicity. Therefore, the large clutch size provides an adequate number of animals to replicate disease heterogeneity. Indeed, phylogenetically speaking, rodents are more similar to humans than zebrafish, still, 82% of human disease-associated genes have an identifiable orthologue in the zebrafish genome. And, in many cases, zebrafish have displayed physiological and pharmacological conservation similar (and occasionally superior) to rodents. Finally, similar to cell culture but unlike classical murine models, zebrafish-based approaches retain the possibility to be used for high-throughput cost-effective applications.

Examples of the potential of two zebrafish neuro-pharmacological disease models

One strong lesson comes from the epilepsy research field. Exposing wild-type zebrafish larvae to 4-aminopyridine and pentylenetetrazol chemicals induces acute seizures that closely resemble those induced in mammals, both physiologically and behaviorally. In addition to sharing seizure physiological mechanisms with mice and humans, the zebrafish pharmacological-induced epilepsy model recapitulates many behavioral aspects of the human epileptic phenotype, such as locomotor patterns and loss of posture.

Here at ZeClinics, taking advantage of all these characteristics, we have defined and validated a robust and high-throughput approach to screen hundreds of putative anti-epileptic drugs (AEDs). Automated locomotion-tracking allows us to finely study and measure the pattern and speed of swimming behavior of larvae co-exposed to the chemo-convulsant pentylenetetrazol and an AED candidate. Extrapolated information about seizure severity could highlight reductions of the epileptic phenotype and lead to the identification of new anti-epileptic compounds. The great potential of both pharmacological and genetic epilepsy zebrafish models is demonstrated by the development of compounds (e.g. EPX-100, EPX-200, EPX-300 from Epygenix Therapeutics) that are currently being tested in clinical trials (Phase II).

In addition to the optical transparency throughout development, the rapid organogenesis and neurodevelopment of zebrafish allow for the facilitated study of other neurological disorders such as Parkinson’s Disease (PD). One of the major characteristics of PD in humans is the degeneration of dopaminergic (DA) neurons which can be achieved in several animal models by exposure to the neurotoxin 1-methyl-4-phenyl-1,2,3,6-tetrahydropyridine (MPTP). Similarly to mammals, MPTP induces the characteristic DA neurodegeneration and locomotor dysfunctions in zebrafish.

Using our automated tracking system at ZeClinics, we can easily and rapidly screen large libraries of putative neuroprotective compounds that can ameliorate MPTP-induced pathologic phenotypes. But not only that. The strength of the model relies on the possibility to run additional analyses on the very same animals to “swim” deeper into the neuroprotective mechanisms of the tested compounds. With the same throughput, we can evaluate motoneurons loss as a secondary effect of Parkinson-like neurodegeneration. Furthermore, for the most promising compounds, the diencephalic clusters of dopaminergic neurons can be visualized and quantified in order to highlight a reduction of the specific MPTP-induced neurodegeneration. Finally, additional transcriptomic and proteomic analyses could be performed on the same animals to gain further insights into the compound’s mechanism of action.

The aim of this short article is to present the potential and flexibility of zebrafish as a tool to generate and validate neuro-pharmacological disease models. In this line, ZeClinics’ ambition is to take advantage of our strong expertise to help biotech and pharmaceutical companies work on the identification and development of new therapeutic compounds. 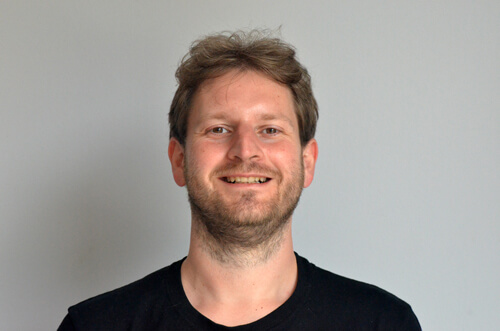 Dr. Davide Rubbini is an expert in development and function of vertebrate nervous system. After his Master’s degree in Biotechnology at the Bologna University (Italy), he obtained his PhD in neurobiology from the Pompeu Fabra University. During his PhD, he unravelled novel mechanisms underlying inner ear development and regeneration. In 2016, he joined ZeClinics as assay developer and has been responsible for the establishment of multiple tools for Central nervous system disease modeling, phenotyping and drug screening. Since 2019, as Head of CNS services, he is the manager of the platform dedicated to this area of research and in charge of service coordination and optimization.

Can Zebrafish Testing Help Bring Your Drug To Market?
How Artificial Intelligence Can Unlock Cures for Current and Future Diseases?
Fishing for innovative alternatives for modeling epilepsy