Ready-to-use efficacy studies based on zebrafish

In the early stages of the development of a new drug, all regulatory agencies focus their interest in safety studies, so they are usually comparatively less demanding in terms of characterization of the compound's effectiveness, allowing to provide information about the mechanism of action of the compound in order to justify the patients exposure to this new therapy. On the other hand, the promoter of the compound is the first interested in knowing its effectiveness before reaching clinical development, where the increase in costs is dramatically significant.

In addition to the traditionally used models, rodents, pigs, dogs, and non-human primates, some of which must necessarily be included in regulatory validity toxicological tests, there are other models, vertebrates and invertebrates, whose inclusion in pre-clinical development must be not only considered, but probably regulated within a short time.

Danio rerio (zebrafish) is one of the new models of vertebrates most used in recent years. Comparison to the human reference genome shows that approximately 70% of human genes have at least one obvious zebrafish orthologue. Zebrafish embryos are transparent allowing direct evaluation and the "in vivo" effect of the drugs on organs and tissues. The zebrafish is easy to breed and maintain, and fertility is high (each female can produce 100 to 200 eggs per mating, offering a large number of animals to test). Since the zebrafish has mammal-like organs, it turns out to be a much more useful model than other alternative models for the study of the function of genes and the effect of drugs on humans. 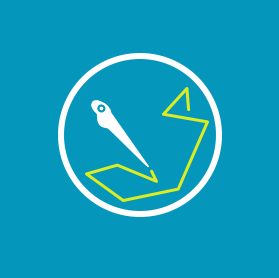 Fact: Neuroprotection is the mechanism of preservation of the correct numbers of neurons and their functionality damaged and progressively reduced in several central nervous system (CNS) disorders including injury, stroke and also neurodegenerative diseases and acute management of neurotoxin consumption.


Aim: Assessment of neuroprotection caused by NOEC of new drugs in zebrafish larvae.


Method: We will use Daniovision system to test zebrafish “circadian” motor activity in light and dark phases. The Daniovision system from Noldus allows us to perform a circadian locomotor study with up to 96 individual embryos at a time, meaning 5 different experimental conditions with about 20 animals/condition or drug doses. 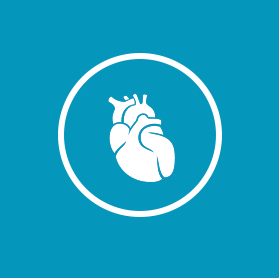 Fact: The search for therapies that increase the cardioprotection of patients at risk of cardiovascular accidents is one of the therapeutic areas of greatest interest to the medical community and pharmaceutical industry.


Aim: Assessment of the cardioprotective potential of new drugs in zebrafish larvae.


Method: Incubation of 10 dechorionated larvae of transgenic GFP heart fishes at 5 dpf with NOEC concentration of the molecule of interest during 4 hours in combination with the Doxorubicin, a cardiotoxic molecule. At the endpoint, every larvae heart and vessels are imaged for 1 min and analyzed with the ZeCardio system. 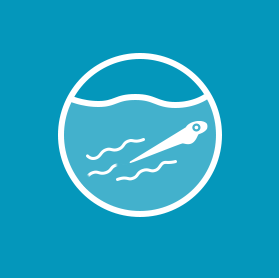 
Method: Optical birefringence, locomotion, genotyping and Immuno-histochemistry techniques will be used to assess whether the drug tested is capable of reducing the effects of the disease on sapje larvae.

Just tell us your biological/pharmacological question and we propose and run the best zebrafish-based scientific methodology and provide reliable results. Rare diseases, gene functions, biological pathways, drug-target interaction, drug accumulations and much more can be developed and studied in zebrafish.

Name...your message has been sent correctly.

Thanks for your request, you will be contacted shortly.

We use cookies to ensure that we give you the best experience on our website. If you continue to use this site we will assume that you are happy with it.OkRead more