> Blog > Differences between in vitro, in vivo and in silico assays in preclinical research
Drug discovery
Back
Miriam Martínez - 16 March 2022

Differences between in vitro, in vivo and in silico assays in preclinical research

How to choose which type of experiment is best-suited for my research?

There are three broad categories of experiments: in vitro, in vivo, and in silico studies and all of them have a different, but a relevant role in research. Each study type has conveniences and shortcomings, and understanding the liabilities of study types tells about the validity of researchers' conclusions. This article will describe the main features of each category and provide an overview of their research applications.

What are in silico assays?

In silico studies are biological experiments carried out entirely on a computer, or via a computer simulation. As such, they are by far the newest of the three research methods (the first took place in 1989). Although in silico studies represent a relatively new way of research and are not replicates of living organisms, these studies have already contributed notably to biomedical research and drug discovery. For example, a 2009 study used software emulations to predict how certain drugs already on the market could treat drug-resistant strains of tuberculosis [1]. Thus, they can contribute to the research field by providing a cost-effective and scalable method.

There is a variety of in silico techniques:

More recently, artificial intelligence technologies are also gaining prominence along the whole target discovery process. Deep and machine learning tools allow researchers to automate and extract more meaningful information from experimental outputs, in order to generate models and build complex networks by integrating different data sources. Ultimately, these technologies greatly speed up the extraction process of potential therapeutic targets. However, results should be further validated through the exploitation of experimental methodologies (in vitro and in vivo).

What are in vitro assays?

In vitro (Latin for within the glass) assays take place in a controlled environment, in a petri dish or test tube, outside of a living organism. They refer to work done with microorganisms as well as with cells, tissues, or other biological components that have been removed from the living organisms of interest. These approaches are suitable for cellular and molecular studies, such as for understanding signal transduction or cellular signaling pathways.

In vitro studies provide invaluable advantages: are cost-effective, time-efficient, and do not require animal use. They allow more rapid development of new treatments, since many drugs can be studied at one time, and only those that appear to be efficacious go on to later stages. That’s why they are often the first step in the drug discovery process, although results obtained with these approaches need further confirmation with in vivo experiments.

Despite in vitro studies’ conveniences, one major shortcoming is that they fail to replicate the precise cellular conditions and natural functioning of a whole organism. For these reasons, in vitro studies may lead to results that do not correspond to what happens within a living organism. For example, in the last few years in vitro studies were used to research microorganisms, but they failed to model the competition and interaction of microbes that take place in the human body. Thus, the causal relationship between microbes and chronic diseases was overlooked. Additionally, knowledge about the role of pathogens in disease was gained by testing only well-known and easy-to-culture microbes. However, recent estimates are that less than 2% of bacteria can be characterized through in vitro techniques [2].

What are in vivo assays?

In vivo (Latin for “within the living”) experiments are conducted with a whole, living organism, as opposed to a partial or dead organism. In vivo preclinical studies consist of animal testing and are the previous stage to clinical trials in humans.

As they occur within the organism, the results of in vivo studies are considered more reliable or more relevant than those of in vitro studies. In vivo studies are better suited for observing the overall effects of an experiment on a living subject, where interactions, compensations, metabolism, and distribution contribute to the final observable effect. Thus, these studies enable researchers to better understand disease pathology, which makes them invaluable for biomedical research.

Historically, in vivo animal studies mainly used mammalian mouse or rat models, but regulations such as the 3Rs of research have led to an increase in alternative models such as zebrafish.

Are Zebrafish in vitro or in vivo?

Zebrafish has a unique set of research advantages since it bridges in vitro and in vivo models. The EU Directive 2010/63 states that studies with some early life-stage animals, such as zebrafish, are not considered experimental animals until they exit the chorion and start feeding themselves. It means that zebrafish embryos under five to six days post fertilization (dpf) are not considered experimental animals, but an alternative model. Therefore, the use of zebrafish fulfills the purpose of the 3Rs Principle: Replacement, Reduction, and Refinement of experimental animals. Furthermore, the main advantage of Zebrafish as a test method lies in the possibility to provide in vivo complex outputs, with inputs similar to in vitro tests.

Next, we provide a summary table to help you to see at a glance the main differences between one in vitro model (cell culture), a mammalian model (mouse), and the zebrafish model as an alternative vertebrate model. Save it for later reference if you are planning to introduce this unique model in your next studies.

In conclusion, in vivo, in vitro, and in silico studies have their place in early Drug Discovery processes. The Zebrafish model offers important advantages and provides an affordable, effective, and more ethical option when in vivo testing is necessary, combining advantages from both in vitro and in vivo. 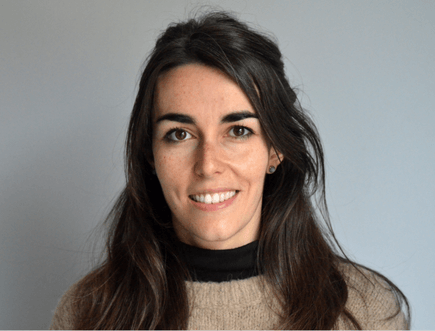 Miriam is a Human Biologist expert in neuropharmacology. After a master’s degree in Pharmaceutical and Biotech Industry, she obtained her PhD in Biomedicine from the Pompeu Fabra University (Barcelona). During her doctorate, she focused her research on the behavioral analysis of animal models for neurophenotypical characterization. Since then, she has been working in the healthcare marketing and publicity sector, where she has contributed to developing marketing campaigns for several pharmaceutical brands. In 2021, she joined ZeClinics with a branding and marketing strategy focus.