The epidemiology of global epilepsy

Epilepsy is the fourth most common neurological disorder affecting more than 50 million people worldwide, with the highest incidence present in young children and in the elderly. Its etiology is highly diverse and comprises environmental and genetic causes, with over 140 associated genes identified to date [1].  Epilepsy is a life-shortening disease where the risk of premature death is up to three times higher than for the general population. It is characterized by spontaneous and abnormal synchronous neuronal hyperactivity, which can result in different symptoms such as unprovoked recurrent seizures, loss of consciousness, disturbances in movement and sensation (including vision, hearing, and taste), and mood (anxiety, depression) as well as other cognitive functions.

Despite significant progress in understanding the molecular mechanisms of epileptogenesis, as well as the introduction of over 20 new antiseizure drugs since 1993, approximately one-third of patients remain resistant to currently available treatment options. This is partly explained by the fact that most of the current treatments act at the level of suppressing seizures, rather than treating the underlying mechanisms.

Human neurological and genetic tests are crucial to unraveling the etiology of this neurological disorder. However, the ethical issues, the lack of sample numbers, and the need for proper controls (many patients have already been exposed to anti-epileptic drugs) in human clinical studies highlight the need for complementary models. Mammalian models of epilepsy have contributed to gathering knowledge on the mechanisms underlying epilepsy, but the high costs of breeding, low throughput, and regulatory limitations in their experimentation reduce their utility in drug screens. Zebrafish can help in the investigation of epilepsy’s etiology, as well as being suitable for in vivo drug screenings.

Zebrafish as a model for epilepsy research

Zebrafish have several experimental advantages such as small size, large number of progenies that develop externally, fast life cycle, fully sequenced genome, high genetic and physiological homology with humans, and ease of genetic manipulation, which make zebrafish a highly robust model for understanding human disease and to be used in large-scale approaches.

Finally, other important advantages of zebrafish for epilepsy research include:

Altogether, the zebrafish model offers enormous opportunities to understand the genetic and environmental causes of epilepsy and can help in the discovery of novel antiseizure and epilepsy therapeutic targets and therapies.

Several pharmacological and genetic epilepsy models have been generated in zebrafish, nicely reviewed in [3]. Among the pharmacological models of epilepsy, the most well-known and more commonly used model is the one using Pentylenetetrazole (PTZ). PTZ is a well-established convulsant drug, which acts as an antagonist of the GABA(A) receptor, increasing the closed state of the channel and therefore enhancing overall neuronal excitation. PTZ has been used since the late 1960s in rodents for antiseizure drug discovery and is generally predictive for compounds with activity against generalized absence and myoclonic seizures in humans [4]. In zebrafish, it was first used 17 years ago and demonstrated that PTZ produces similar behavioral, electrophysiological, and molecular alterations to rodent models [5]. Since then, the zebrafish PTZ model has been increasingly used in laboratories worldwide and has been shown to confirm the same antiepileptic drug candidates as the rodent PTZ models.

However, perhaps the most successful example showing the power of the zebrafish model in epilepsy is the one concerning Dravet Syndrome (DS). DS is one of the most severe genetic pediatric epilepsies, producing severe intellectual disability, impaired social development, and persistent drug-resistant seizures. De novo loss-of-function mutations in the SCN1A gene are responsible for over 80% of DS cases. SCN1A gene codes for the α subunit of NaV1.1 voltage-gated sodium channel, which regulates the firing of neurons. In zebrafish, a loss-of-function mutation was identified in the scn1lab gene (zebrafish orthologue of the human SCN1A) after an ENU mutagenesis screen [6]. The scn1lab-/- zebrafish mutant was shown to have spontaneous recurrent seizures that responded favorably when treated with the DS “standard of care” therapies. However, similar to what occurs in patients with DS, they were pharmaco-resistant to most other antiepileptic drugs [6].

In the same study, a phenotype-based screen of 320 compounds revealed clemizole, an FDA-approved compound with anti-histaminic properties, as an effective inhibitor of spontaneous convulsive behaviors and electrographic seizures in scn1lab -/- mutant fish [6]. Since then, Clemizole (EPX-100) has satisfactorily passed through phase I for this new indication clinical study after showing a broad safety profile and is now under investigation as an ‘add-on treatment’ in a pivotal phase II clinical trial.

In posterior experiments, several other promising antiepileptic drugs have been identified such as fenfluramine (now FDA-approved as Fintepla®) [7], synthetic cannabinoids (similar to the FDA-approved cannabidiol Epidiolex®) [8], and the repurposed drugs (structure analogs of clemizole) trazodone (Desyrel®) and lorcaserin (Belviq®) [9]. Indeed, Lorcaserin has been successfully tested in a small, compassionate-use trial, significantly reducing the frequency and/or the severity of seizures in all five patients enrolled [9].

These are just a few success paradigms of larval zebrafish model usage for DS, many others are beautifully reviewed in [3]. Altogether, they demonstrate how rapid the path can be from preclinical discoveries in zebrafish, through target identification, to potential clinical treatments for DS.

At ZeClinics we have behaviourally characterized and validated a pharmacological model of epilepsy (PTZ). This model allows for identifying compounds that prevent locomotor and convulsive behavioral alterations induced by PTZ. In addition, it can be used to discard molecules, at the early stages of the drug discovery pipelines, that induce PTZ-like seizures as potential proconvulsant drugs.

Furthermore, ZeClinics is an officially licensed CRISPR/Cas9 solutions provider under the Broad Institute of MIT Harvard. Hence, we can use zebrafish for performing target discovery, generate custom epilepsy genetic models, in order to obtain stable genetically-modified zebrafish lines, or transiently modify gene expression lines, if the biological interest resides mainly in evaluating the effect of gene loss-of-function or gene overexpression. 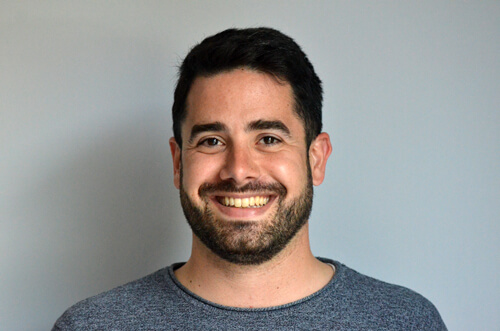 Carles Cornet is an expert in zebrafish biology and drug discovery. He did his master’s degree in biomedicine straddling between the University of Barcelona and the German Cancer Research Center in Heidelberg. Carles joined ZeClinics team in 2015 as a Ph.D. student, to work on the optimization of the zebrafish model as a novel tool to assess drug safety and antitumoral efficacy. After obtaining his Ph.D. in Biomedicine from the Pompeu Fabra University in Barcelona, in January 2020 he became a project manager of the company. He is currently involved in the toxicology and oncology areas, as well as in the CNS behavioral efficacy area.