> Blog > How Environmental Chemicals can Alter the Endocrine System… and What Zebrafish can do about it!
Toxicology
Back
Javier Terriente - 19 January 2022

How Environmental Chemicals can Alter the Endocrine System… and What Zebrafish can do about it!

Human progress is a double-sided sword. On the one hand, it has brought instant communication and antibiotics, among the multiple advances that have facilitated our lives during the last centuries. On the other hand, it has altered the climate and polluted our ecosystems, bringing profound alterations to the fragile equilibrium that allows the life of plants and animals on our planet; and posing a high risk to our own survival. An aspect of this pollution is the fact that thousands of synthetic chemicals, derived from our industrial activity, are disposed of in our environment… every second, everywhere. Some of those chemicals might be harmless to plants and animals. But many others have to be monitored closely because of their potential damage to the ecosystems and animal and human health. Among those, endocrine-disrupting compounds (EDCs) are of particular concern.

The scientific community, together with international health and research organizations (i.e.: WHO, OCDE, EPA, etc.), are making huge efforts to develop and implement analytical tools for evaluating the effects in animals associated with exposure to these chemicals. This effort is derived from the fact that EDCs have an impact that goes beyond risking individual lives: EDCs interference with sexual development and animal behavior poses a danger to the survival of entire species. In the case of humans, EDCs have been found to alter fertility and metabolism and to promote carcinogenesis, among some of their nasty repercussions.

The disruption of the endocrine system

Now, let’s understand a bit better what we are discussing here. The endocrine system is the group of organs and tissues that secrete hormones and respond to them. Hormones are biological products that act as chemical messengers inside the body, activating multiple biological processes. They are secreted from hormone-releasing organs, called glands (i.e.: suprarenal glands), into the bloodstream. Once in the vasculature, they can reach target organs/tissues to modulate functions that include the regulation of growth rate and cellular metabolism, the development and function of sexual organs, and some aspects of animal behavior. The endocrine system is divided into different axes, which group together all the biological processes that occur from the production and maturation of the hormone – at the gland – to the impact that the same hormone might have on its target tissue. Among those axes, we found the estrogenic axis – required for the generation and function of female hormones; the androgenic axis – the male counterpart; and the hypothalamus-pituitary-thyroid (HPT) axis – involved in the control of growth, nervous system development, and body energy consumption. The first two axes are fundamental for sexual differentiation, development, and function. As such, their disruption has an important impact on animal reproductive capacity, impacting aquatic and terrestrial ecosystems, as well as on our reproductive capacity. On the other hand, disrupting the HPT axis might alter embryonic development, if mothers are exposed during pregnancy; or affect growth and metabolism if individuals are exposed after birth.

There is an important pool of knowledge regarding the biological mechanisms involved in the synthesis, maturation, and release of hormones from glands, as well as the processes that hormones will trigger when they reach their target tissues. This understanding has allowed the discovery of biomarkers – specific genes and proteins – that allow the evaluation of the activity of a particular endocrine axis. The analysis of the same biomarkers, under certain chemical conditions, might also reveal the disruption of such axes. Interestingly, the same biological mechanisms and biomarkers are vastly conserved across the animal kingdom. From humans to fishes.

Thanks to this evolutionary conservation, and as explained in previous blog articles, we can exploit the biology of the zebrafish larvae to evaluate the impact of chemicals on other animals, including humans. To allow the evaluation of the EDCs, we have developed an experimental strategy that relies on the quantification of gene expression biomarkers associated with the activity of the three endocrine axes described above. To measure how these biomarkers respond to EDC exposure, we looked at their transcriptional profile, through the use of quantitative PCR. In order to develop this analytical tool, we first evaluated a broader set of potential biomarkers, so we could select those that respond more robustly to known EDCs. This strategy allowed us to select a panel of gene expression biomarkers in order to analyze the estrogen axis, the androgen axis, and HPT axis disruption. Those biomarkers were selected according to their responses after exposure to natural ligands 17-estradiol, testosterone and 3,30,5-triiodo-L-thyronine (T3), respectively. The biomarker panel was subsequently validated using chemical compounds reported as endocrine disruptors in previous studies. Cross-talk effects were also evaluated for all compounds. The complete study has been published (Jarque et al, 2019) and you can check it here. 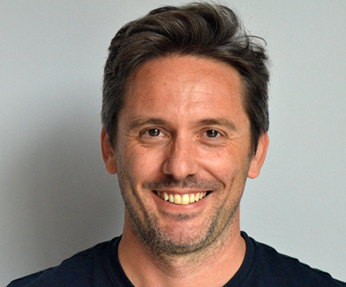 Javier is a biochemist with a Ph.D. in developmental genetics. He has more than 20 years of research experience in the Academy and the biotech sector. In 2013, he co-founded ZeClinics. Recently, Javier co-founded ZeCardio Therapeutics. From 2013 to 2020 he was Chief Scientific Officer in ZeClinics, and now acts as Chief of Drug Discovery. Per his role in both companies, Javier manages a growing scientific team, has directed several Ph.D. theses and published multiple research articles, including several articles on the use of zebrafish for drug and target discovery. In addition to these roles, he serves as VP at Asebio, the Spanish association of biotech companies.